Knightcoming (or Knightrise II) is a 2017 American superhero film that is based on the DC superhero Batman. The film is the sequel to the 2014's Knighise. The film is directed once again by Duncan Jones. It is written by Jones and Michael Arndt based on a story created by Jones. Christopher Nolan and his wife Emma Thomas reprise their roles along with Jones as producers. Zack Synder also joins as a creative consultant and producer. The film is part of the TalixArt's DCCU. It will serve as the prequel to 2018’s The Justice League.

In the film, Bruce must deal with a legacy-ending conspiracy that is about to ruin Wayne Enterprises while his alter ego Batman faces off against the Man-Bat and the manipulative Hugo Strange.

Bruce Wayne has his hands full in Gotham City: controlling his family's multi-billion dollar corporation as a smooth, playboy-like businessman and protecting the people as Batman. However, his life will be in danger when a dark conspiracy deep within his company is threatening to undo everything his father built. And now the city is framing Batman, when witnesses claim a bat-like creature is killing people. Batman must not only clear his family's name and stop the conspiracy, but as well stop the unpredictable bat-like creature known as the Man-Bat. 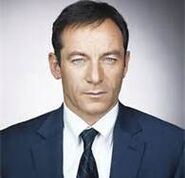 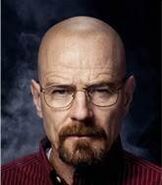 Micah Daggett
Add a photo to this gallery 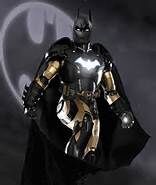 Screenshot 6
Add a photo to this gallery

Batman: Knightcoming -The Game is set for the PS4, Wii U, and Xbox One in early June 2019. Rocksteady Studios returns as the main developer for the tie-in game. In the game, the player gets to play as Batman. The game’s story follows events that happened during the film storyline. The game's bosses are the Man-Bat, Hugo Strange, Copperhead, Bane, and more.

Michael Giacchino will be the composer of the score. Hans Zimmer will return as a consultant.

This film's ending is confirmed to be a launching pin to lead into The Justice League coming out in July 2018.

As for a third Jones' Batman film, Jones have confirmed a Batman 3 will be in the second phase. A proposed release is in 2020. Meyers have committed to appear in The Justice Legaue, its sequel, and a third Batman film.

Retrieved from "https://batmanfanon.fandom.com/wiki/Knightcoming?oldid=28499"
Community content is available under CC-BY-SA unless otherwise noted.