Robin Blake was a detective for the Gotham Police Department.

During his childhood, Blake's mother died when he was at a young age and later on, his father died when he was nine. With that, he then lived in Gotham City's orphanage. He created a mask for himself by hiding his anger behind a smile. He also idolized Batman, and deduced that Bruce Wayne was the caped crusader when he sees the similar attempt at hiding his anger when the playboy billionaire visited the orphanage.

He used to be a very angry individual, hideing his anger behind a smile. He is now the vigilante nightwing, and a defender of Gotham.

He is skilled in tae-kwan-do and was skilled enough to join the police force. As nightwing, he weilds dual stun battons. 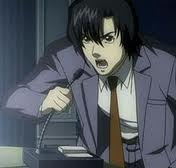 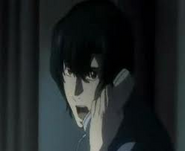 Add a photo to this gallery
Retrieved from "https://batmanfanon.fandom.com/wiki/Nightwing_(The_Dark_Knight)?oldid=8148"
Community content is available under CC-BY-SA unless otherwise noted.