The Shadow Walker is a 2013 superhero film directed by Alfonso Cuarón, who also co-produced the film with J.J. Abrams, and wrote the film with Joss Whedon and Vince Gilligan. It is the first of a triolgy of films, which is planned to contain a sequel and a prequel. It stars Patrick Wilson in the main role, and is primarily supported by Chris Pine, Paula Patton, Ellen Page, John Cleese, Denzel Washington, Diane Kruger, Kim Coates and Karl Urban.

The masked protector of Gotham and fighter of the criminals that inhabit it. Cuarón originally considered bringing back Chistian Bale to play the role, but decided against it due to the movie being part of a different time to Nolan's trilogy. Wilson was cast due to his previous role as Nite Owl II in the film Watchmen, a character who's modus operandi is highly similar to Batman's. Wilson was trained in a fusion of Muay Thai and aspects of Ninjitsu for the movie to consolidate the more brutal fighting style demonstrated by Batman. Reception of the casting was mixed. Although most critics were confident in his portrayal of Batman, a large proportion were worried that he couldn't pull off his alias Bruce Wayne. Fan response of the new batsuit was largely positive, with many commenting it gave Batman a grittier look. 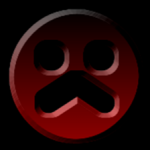