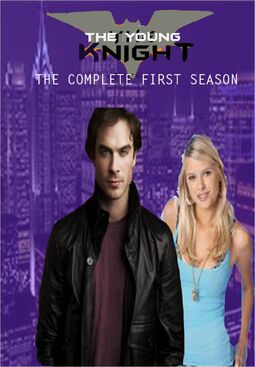 Season One of The Young Knight is the first season of the series that chronicles young Bruce Wayne's troubled life as he tries to adjust what happened after his parents’ tragic murder and years before he becomes Batman.

Bruce Wayne is your typical teenage son of a billionaire who comes to turn of tragic love and tragic loss. In the reinterpretation of the Batman saga, we see Bruce struggling with the loss of his parents while having flashbacks of their death. During this season, he falls in love with a double agent, Gina Faust, while admitting he has feelings for Julie Madison, who opens a new club and keeps a few secrets of her own. Leo tries to become a young upcoming reporter. Jason Powers go up against his own father, Victor Powers. Speaking of Victor, he has his own surprises: tracking a crystal, reviving a old project, presumed to be dead, while someone actually shoots him at the end. Along with these come other highlights, Flash and Steel comes to Gotham; Leslie Thompkins comes back; and a ghost from Bruce's past comes back to haunt him...all this and more in this awesome journey through the pre-Batman years.

Retrieved from "https://batmanfanon.fandom.com/wiki/The_Young_Knight_(season_1)?oldid=17644"
Community content is available under CC-BY-SA unless otherwise noted.