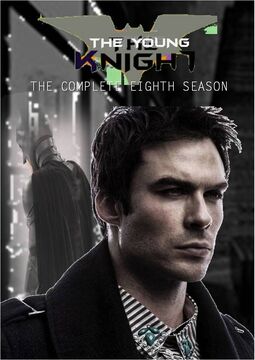 Season Eight of The Young Knight is the eighth season of the series that chronicles young Bruce Wayne's troubled life as he tries to adjust what happened after his parents’ tragic murder and adjusting being Batman. All these episodes now air on Wednesdays 7/8c.

As Bruce continues to adjust being Batman, it has polarized Gotham City--putting the people who wants him to be their savior against the others who want to crucify him. As Bruce begins his reputation as the Caped Crusader, another wants to end it as in the new District Attorney Harvey Dent. With new enemies wanting to take on the new hero, can Bruce handle his dual roles while handling a new relationship with a certain, catty female know as Selena Kyle. As for Leo and Vicky, their romance continues to bloom even in (wedding bells?); Alfred decides to search for his replacement while contemplating on retiring; Det. Gordon is going to be torn when he decides to become Batman's new BFF. Danger awaits for Batman as the city will either seek his help for salvation or brace for a deadly revolution. 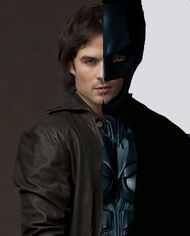 Retrieved from "https://batmanfanon.fandom.com/wiki/The_Young_Knight_(season_8)?oldid=20348"
Community content is available under CC-BY-SA unless otherwise noted.