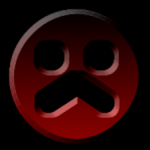 Okay, maybe he and the PD have had run ins? That would be cool.

And about the comment boxes: I don't want to do them because

Hello, 900bv. I saw you were a member on this wiki and I thought it would be cool if I tried it.

So, you like LEGO, super-heroes, and fanon? http://legosuperheroesfanon.wikia.com/ Master of Awesomeness, Awesomeness of the Master<span style="color:# 22:16, February 16, 2012 (UTC)

<span style="color:#Mrs violence illstrullation-Im confused on what to give her. Your picture is plain, so to improve her she may have to be older (as a classic evil old women). Tell me a bit about her.Cheers Dog of War AKA the God of Raw 18:03, February 23, 2012 (UTC)

I've noticed that the wiki hasn't really gotten any attention as of recently and I hope to help. I know that you would immediately distrust me because you've never heard of me before but I'm an acquaintance of Dog of War from The Elder Scrolls Fanon. I was hoping I could help transform the wiki into an attractive setting and make it more like the modern fanon wikis of today as well as requesting a spotlight. I already have a redesign of the wiki prepped and I can't wait due to the release of The Dark Knight Rises tomorrow in Australia. Can I, reluctantly, be granted with administrator status on the wiki? Thanks, Nanosoldier 13:19, July 18, 2012 (UTC)

It's actually the exact size. Doesn't need any modification though I'm considering softening the edges to give a less rougher outline. Nanosoldier (talk) 15:51, August 22, 2012 (UTC)

I redid the heading template, I hope that's okay with you. --

٩(͡๏̯͡๏)۶ Regular Guy - I can do those things. Cause I'm Batman!

Please read this blog. It concerns this wiki being an afflicate with my wiki. COMING THIS OCTOBER 10TH, EVERYTHING CHANGES! ITS THE 4-PART SERIES FINALE OF KNIGHT OF ALL KNIGHTS! 01:44, October 21, 2012 (UTC)

Hello 900bv, I just wanted to double check something. Would it be okay to make a Justice League film as my Dark Knight television series progresses? I believe I heard that XtranormalGeek would make one, but I just wanted to be sure. Thanks in advance... <>Sleeping<>With<>The<>Fishes<> (talk) 01:19, November 29, 2012 (UTC)

Hey 900, I've been wanting to ask you about this for quite some time but, it kept slipping my mind; could we please update the background and wordmark. Not only do I feel we should update our look, but we should also update our community guidelines. Add some simple policies to go by and so on. Since we have a small number of user here now, I think it'd be best to start the policy creations up now before more and more people emerge. Policies like: No bad words, blah blah blah, no taking art from another artist without crediting them (e.i. fulling out an official source template on the image's page), no spam (obviously), blah blah blah and so no. If you are unaware, there is a Logo Creation Wiki which dabbles in creating wordmarks, backgrounds, and favicons. Please take this into consideration because I am sure most of the users here feel the same. --

٩(͡๏̯͡๏)۶ Regular Guy - I can do those things. Cause I'm Batman!

Actors on this wiki

Could I recommend my film, Batman: Gotham Guardian for featured article.  I hav put  great deal of effort in to it and many people like it. If it isn't nominated, that is okay.  I was just wondering.

I'm new to this fanon wiki and I would just like to know that, Can I write a series about Earth 15? It would be great if you answer.

Retrieved from "https://batmanfanon.fandom.com/wiki/User_talk:900bv?oldid=23027"
Community content is available under CC-BY-SA unless otherwise noted.